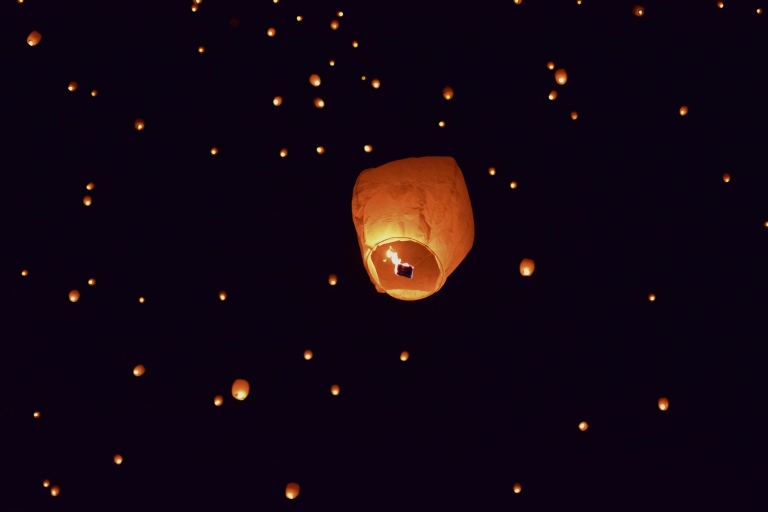 The weeks are winding down as my move to Colorado is approaching. The need to see my friends and family has been enhanced as the time goes on. When I heard the Lantern Fest was this weekend, I saw an opportunity to spend time with both.

If you’ve never been to the Lantern Festival before…I have some notes for you. You can check out my previous post about the Lantern festival in 2016 here. In the past, the Lantern Festival has been fairly different. There was recently an article from Fox 13 News that outlined the fact that the original company had gone out of business and left customers without any information and any kind a refund. A third party decided they wanted to honor those who had purchased tickets and tried to open the event under a new name, called Night Lights. As much as they tried to keep this event happy and amazing, there were definitely key differences from the one I went to in 2016.

The differences were disappointing, I will admit. But that didn’t detract us from the fun we had. Previously, the tickets had included a firepit, a s’mores kit, and a lantern. This year, it was only the lantern. We still made due with what we had. 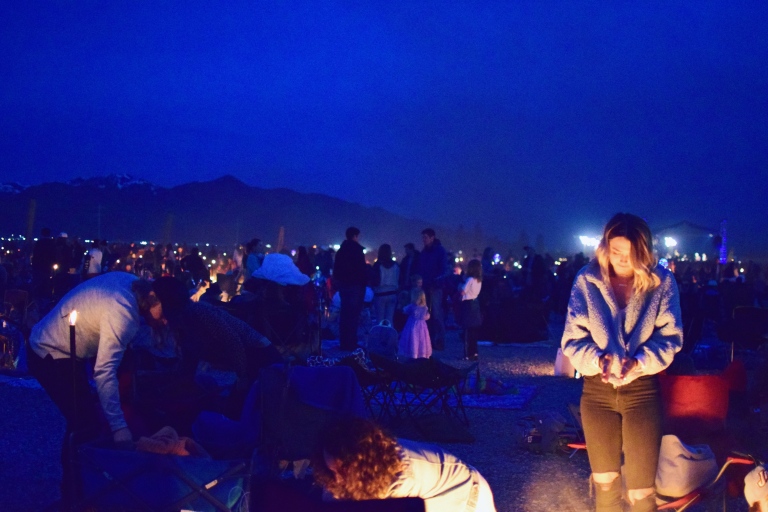 On the lanterns, you’re supposed to draw pictures, or write your worries, hopes, and/or fears. Or for others, comical anecdotes were more than acceptable.

When night fell, the excitement in the atmosphere rose. Right before the launch, there is an explanation on how to make your lantern float (even though, apparently, most people didn’t listen), and then a countdown to the release. Nobody can ever prepare you for the first minute of the release, when lanterns start to lift, and light up the world around you. It’s truly breathtaking. 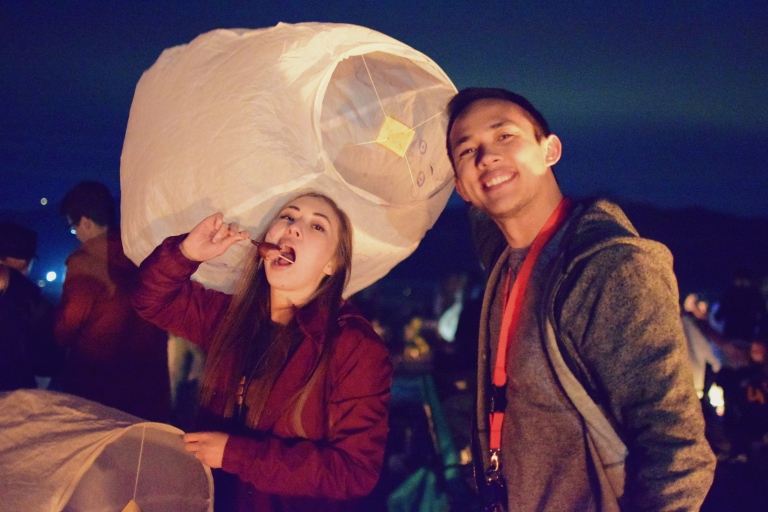 Because of the lack of listening skills amongst the majority of the crowd, lanterns were flying left and right, landing in camp chairs and over blankets. It was a crowd effort to keep thing from setting fire. 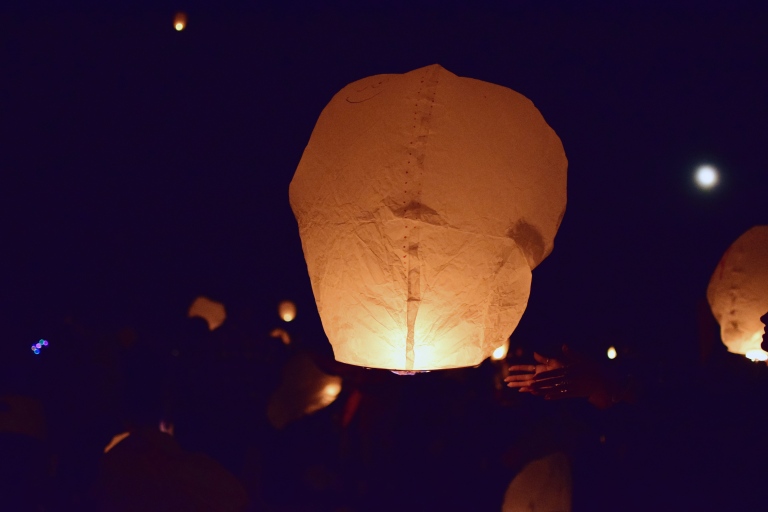 If you ever go, here is the right way to light your lanterns: There is a small cardboard square at the bottom, have someone hold the lantern above it, and light all four corners of the square. Bring the lantern down to the ground and hold the paper part up, allowing it to fill with hot air. Keep it on the ground and don’t move it just yet! It’s tempting to just let it fly like everyone else, but if you lift it up too early, it’ll either fall back down to the ground and set a chair or person on fire…or it could possibly burn the lantern. Just let it fill with air until it starts to lift off the ground by itself. 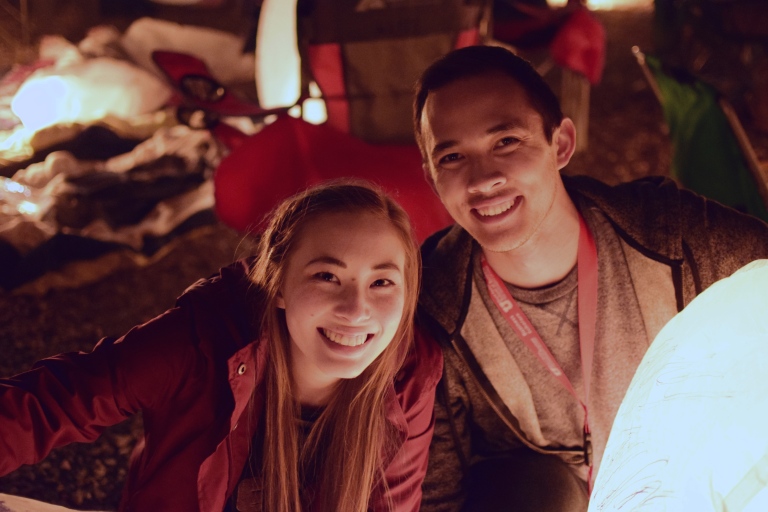 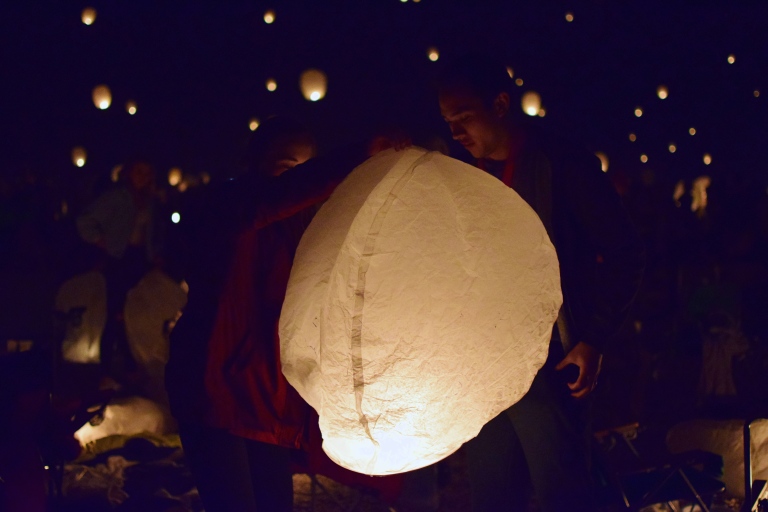 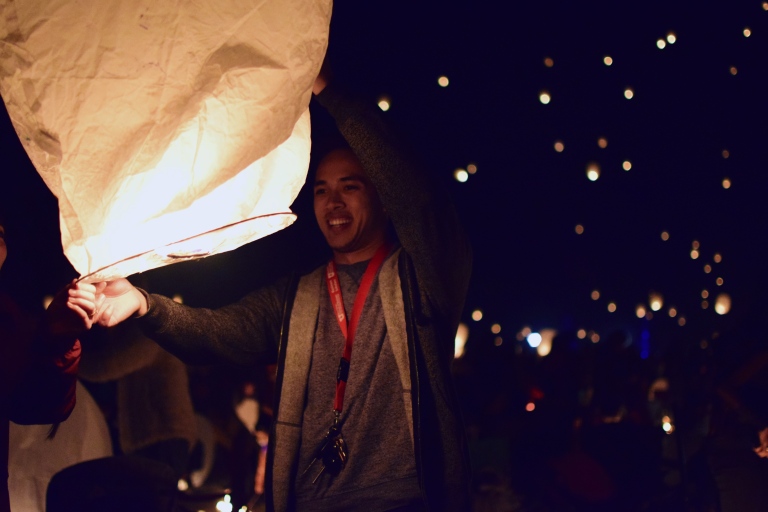 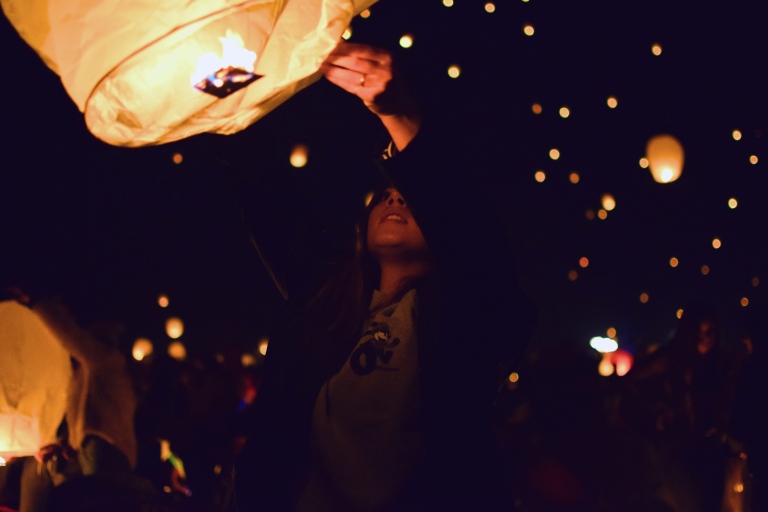 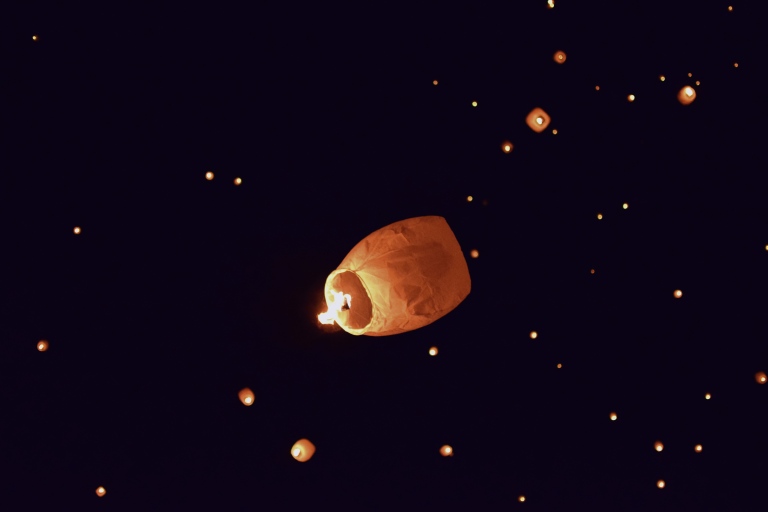 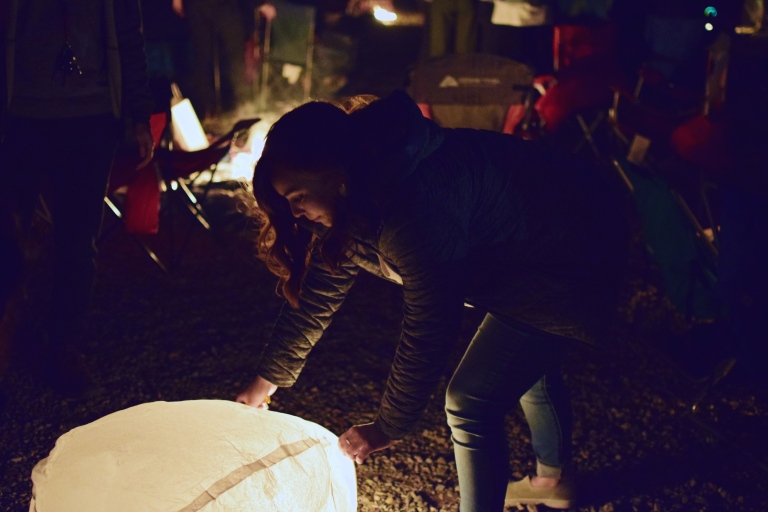 After all the lanterns had been launched, and the beautiful spectacle was over, people started to clear out pretty fast. From my previous experience, I knew that it would take at least an hour and a half to leave the parking lot, so we all stuck around, stole some abandoned pits, and kept ourselves warm as the traffic bustled out. 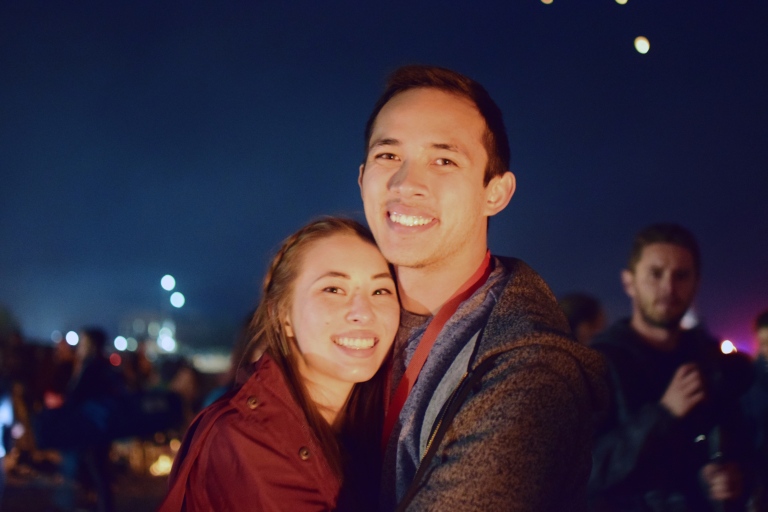 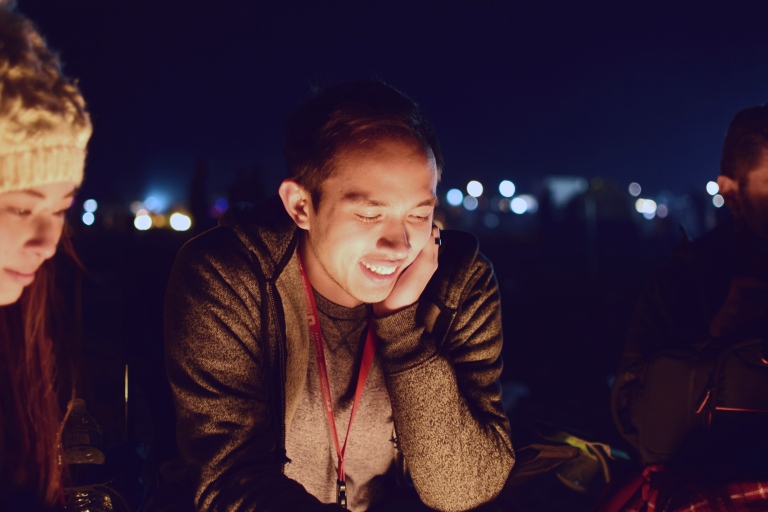 This event happens at least twice a year in the state of Utah. If you’ve never been before…I want to say you should at least experience it. But I can’t necessarily recommend the event for the price of the tickets. If you do go, buy your tickets as early as you possibly can, otherwise it won’t be worth it. Dress warm, sneak in food if you can, and be safe with the fire!