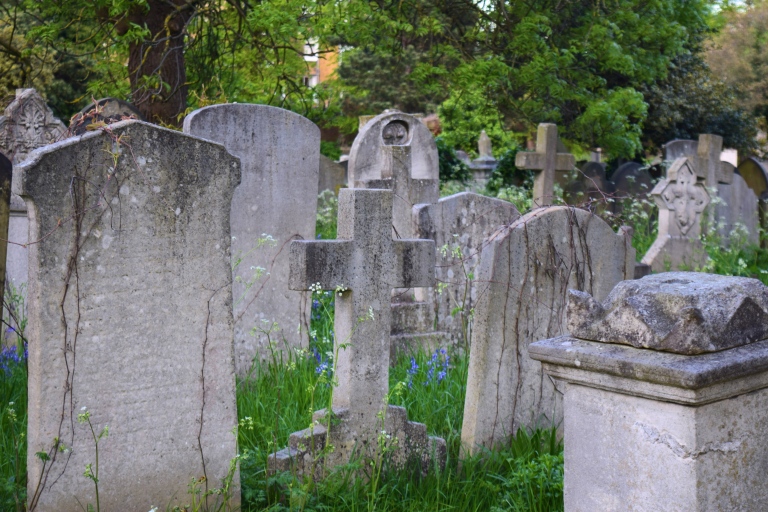 There is something so intriguing about cemeteries in a different country…

Okay, maybe it’s just me. But old cemeteries are so interesting. The ones here in Utah seem so boring in comparison. I mean, the age of the tombstone alone is something to marvel at. Really, in Utah, we don’t have any older than the 1850s(ish). There are graveyards in London with tombstones dating back to the 1500s (that I’ve seen…or that I may have incorrectly remembered, but I don’t think so..)…It’s honestly really hard to tell. Those headstones are so old, a lot of the writing is too hard to distinguish anymore.

So on our walk home from the Troubadour I had to stop by the Brompton Cemetery.

I just love the moss and weathered stone everywhere. 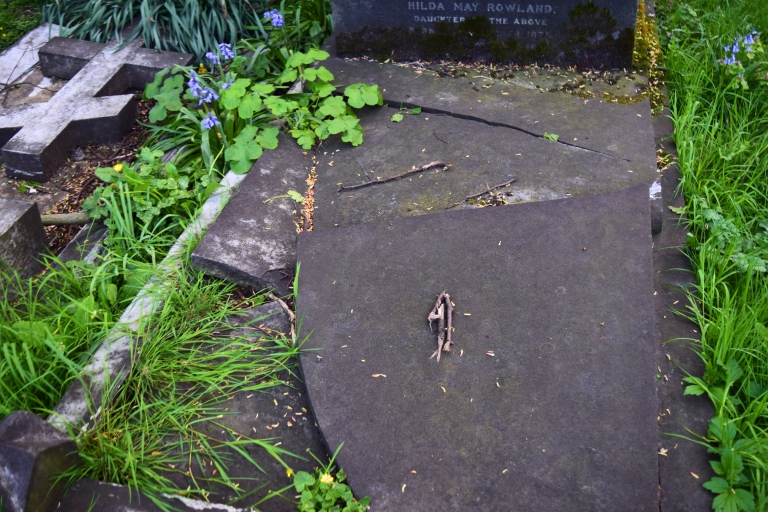 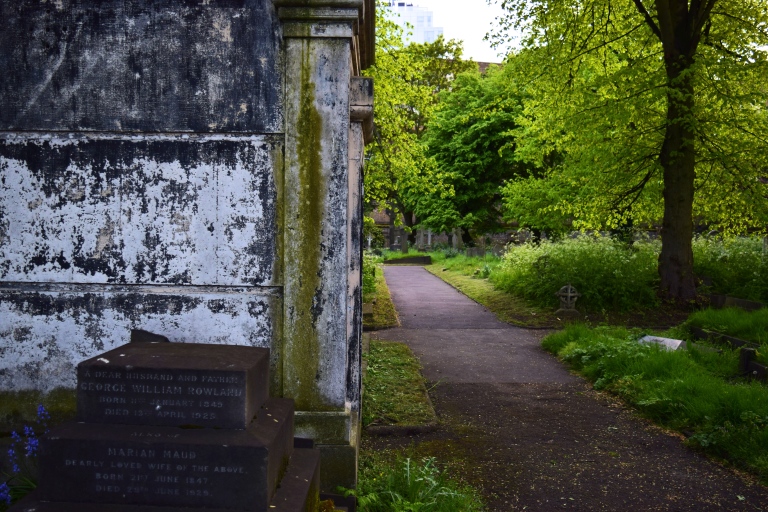 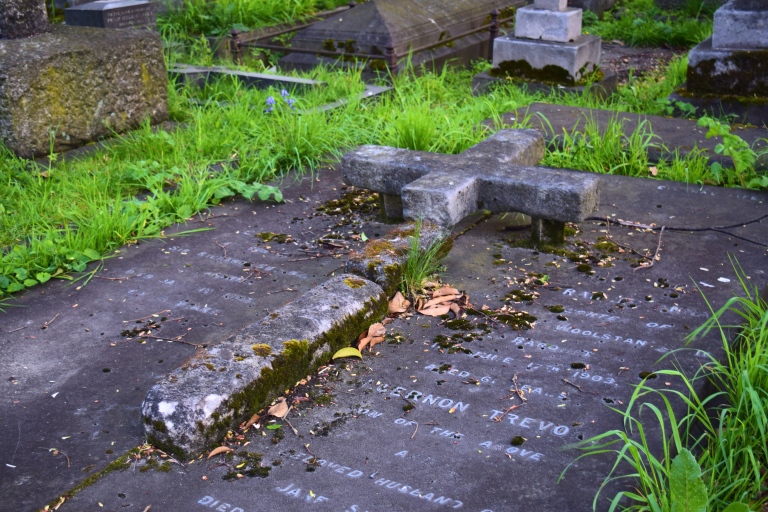 I also love the wild growth. The flowers add such a delicate touch. I especially love the bluebells and forget-me-nots. 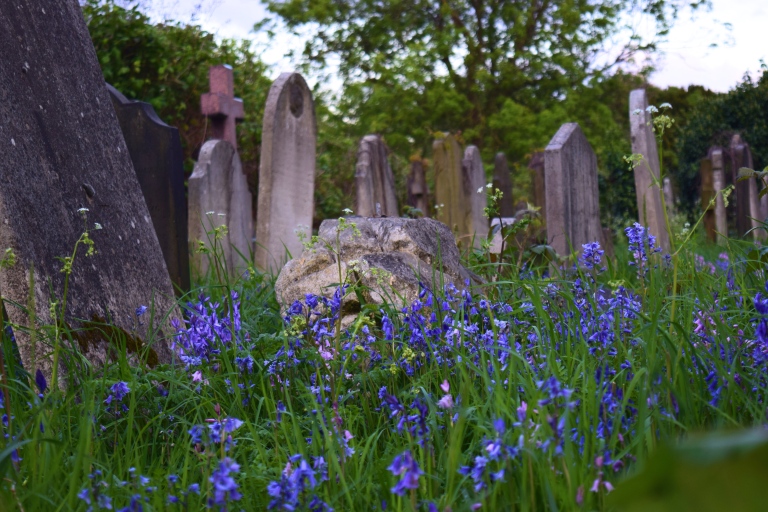 And it was at this point that we spotted him…the sneaky little fox.

He ran into the clearing so quickly, I almost missed it (sorry for the blurry pics..) 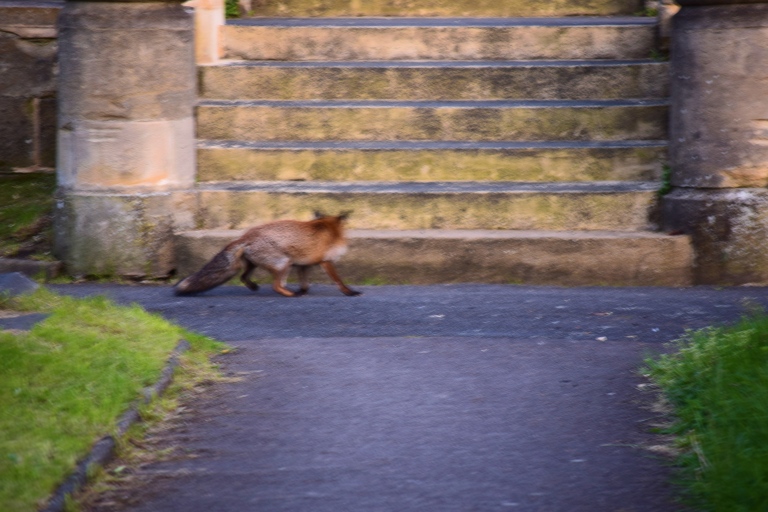 And then he was gone…along with whatever dead thing that was in his mouth.

There were actually several foxes in the cemetery. (Side note: In case you didn’t know, London is overrun with foxes. Foxes to the Londoners are the equivalent of squirrels to us, really.) At some point, we did see a couple more foxes running around. But they were just too quick to snap a good picture.

However, there were some other animal friends sharing the cemetery..

It’s also bizarre to see such old structures next to modern buildings.. 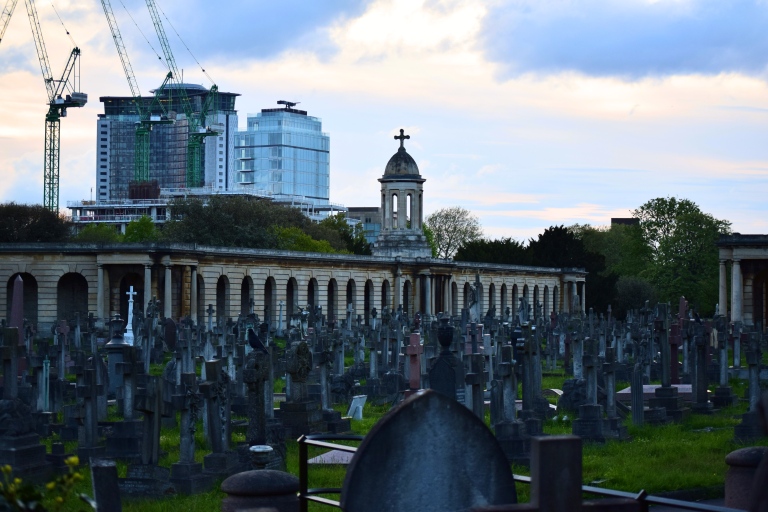 But seriously. There’s something about these cemeteries that remind me of Phantom of the Opera, and makes feel like I should burst out singing “Wishing You Were Somehow Here Again.” 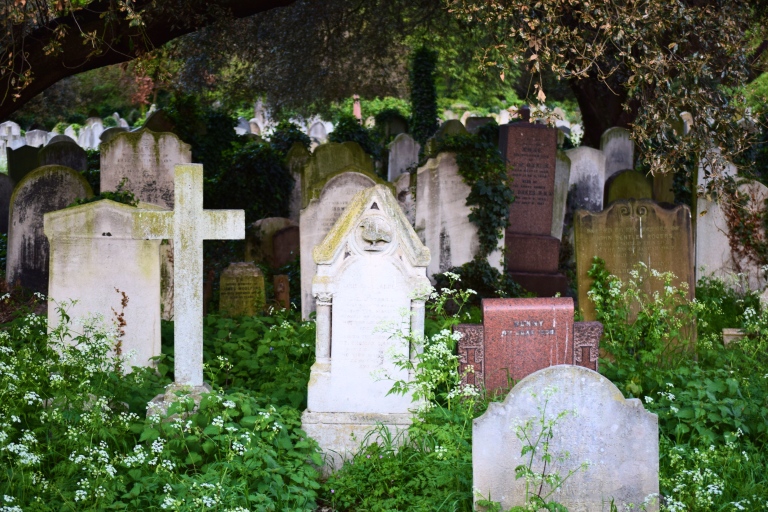 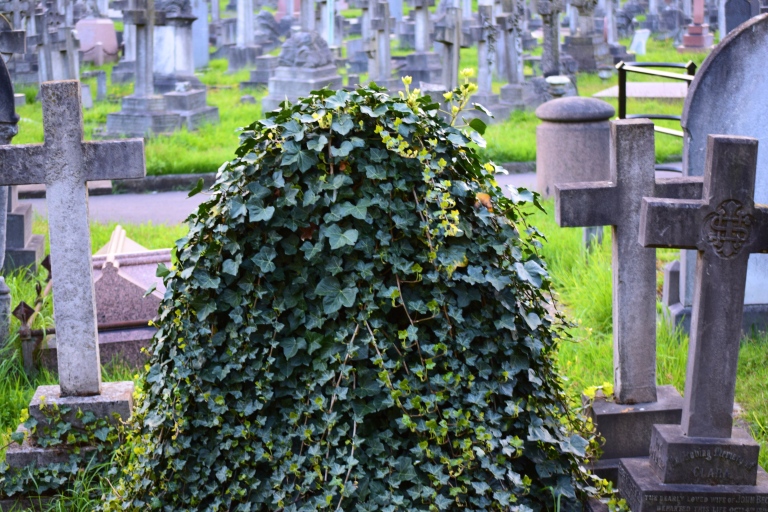 I would also like to know who Bill was.

We almost got locked into the cemetery. It closed at 8, and I don’t think we realized the time. If it wasn’t for a security guard driving past us, we could have been stuck there for a while. He called us over on his megaphone and had to walk us back to the gate, unlock it, and let us out. Embarrassing, but…it’s cool. (:

On the way back to Battersea, we got a great view of the Prince Albert Bridge..and the really cool apartment building sitting on the edge of the water.

Thus ending a lovely, but fairly long day spent on foot. It was nice to crash once we got back home (: